Latin American dances are known for their beauty, power and ease. But despite the long history of dance styles such as the cha-cha-cha, samba, rumba, jive, paso doble their theatrical fame was just recently implemented. Latin American program is formed by these 5 dances.

Jive: The traces its roots back to  African dance, but it became popularthe United States in 1940s. Since then, the dance does not lose its popularity, but only got more fans. Swing, rock ‘n’ roll, boogie-woogie – each of these dances brought some elments to Jive, that is why it doesn’t loose on populraty.

Cha-cha-cha: This dance is considered to be the youngest representative of the Latin American program of ballroom dancing. Originally dance was called dantson-mambo, later it was  renamed. 120 beats per minute – such an  active rhythm looked very impressive while being  performed by  professional dancers.

Rumba: Rumba has Cuban-African roots. The plot in this dance is very simple: a woman plays with a man with a help of sexy movements, and he in turn tries to show her his superiority.

Pasadoble: Dance appeared in Spain. In Europe, it gained popularity in the 1920s. Rapid tempo and a plot, according to which a man and a woman have a conflict that looks like corrida, are considered to be the distinctive features of this dance.

Samba: Samba has always been famous for its plastics and rhythm. All these features are perfectly represented in the Latin American program of ballroom dancing. 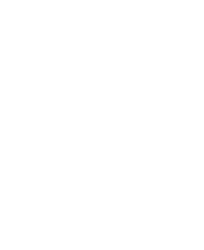 Do you want to start dancing? It’s simple! Call us at:

We are waiting for you in our studio!